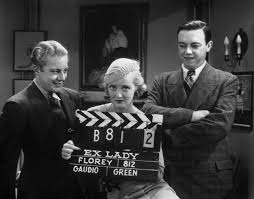 Born in Paris, Florey developed an obsession with Hollywood very early on in life.  He actually grew up in a part of Paris that was very near the Melies studio. His first job in the world of cinema came when he managed to get job as an assistant to one of the most influential silent film directors of the feature length and serial motion pictures in France of the 1910's Louis Feuillade, [I had a little piece that a wrote up about him during a Countdown To Halloween in 2011...looking forward to this year's Countdown BTW.] in his studio in Nice. He managed to work his way up into some acting roles in some of Feuillade's later films.   He wanted to immigrate to the United States, and did so, but seems to have done so by way of Switzerland, where he said he produced some one-reels; very little or anything is known about them--they were likely lost very soon after production (or perhaps they didn't exist at all).  In Hollywood he became an assistant to another giant of the silent age Josef von Sternberg, himself an immigrant.  Some of Florey's earliest important work came at the end of the silent era, one with his co-direction of an experimental short with Slavko Vorkapic (a Serbian immigrant) in 1928 and his own experimental Skyscraper Symphony shot in Manhattan NYC in 1929.  His biggest personal influence was German Expressionism, he also, curiously had a fascination with New York City that seemed to work on the avant-garde part of his mind (I guess Hollywood, the place, must have been a bit of let down in appearance).  His Hollywood career really started for real with a full on directorial debut in 1927, and he went on to have one of the longest most prolific directorial careers in Hollywood, transitioning to directing television episodes, amongst them for Alfred Hitchcock, the first Twilight Zone series and the first Outer Limits series.  He directed comedy giants The Marx Brothers early on in their film appearances in the later 20's.  But his talents were not limited to directing, producing and acting; he was also a prolific writer and contributed significant part to the script treatment of Frankenstein (1931) which he was slated to direct.  It was he that interviewed Bela Lugosi for the part of the monster and actually screen tested him.  He went seriously uncredited because of differences that arose within the studio system--I'm not going to wade too far into these waters, that would warrant a whole other post on one the most famous early talking features in history!  He did, however go on to direct Lugosi in Murders In Rue Morgue in 1932, just a year after his appearance in Dracula.  This, is after all this is a blog devoted (mostly) to the silents.  In terms of his writing, however, he did actually author a number of books and is considered a first rate Hollywood historian. He is buried at Forest Lawn Memorial Park in Hollywood Hills.

Note:  This is numerically listed, not by credit (many of these he has multi-credits on for writing)

One Hour Of Love (1927) (Hollywood directorial debut, it very unfortunately a lost film)

Johann The Coffinmaker (1927) (one of his experimental films, often regarded as a horror film.)

The Life And Death Of 9431, A Hollywood Extra (1928) (co-directed with Vorkapic as "Vorkapich"--Florey as multi-credits on this important experimental avant-garde film.)

Hello New York (1928) (a real strange one that featured Maurice Chevalier and wife, arriving by boat and "poking" around NYC.)

Pusher-in-the-Face (1929) (F. Scott Fitzgerald penned the screenplay from his own story for this.)

The Cocoanuts (1929) (The Marx Brothers!!, early musical talkie with sound by Western Electric)

Night Club (1929) (early musical short, partially lost for sure.  There is some question as to whether this is a separate exhibition film from a film by the same name from 1929.  If that is the case, then the full length film is completely lost--this sort of confusion doesn't happen very often,)

Skyscraper Symphony (1929) (this is a short film that I have a great deal of affection for!  But, I too, am an NYC lover!) 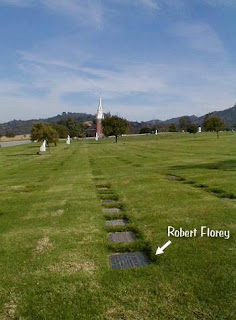 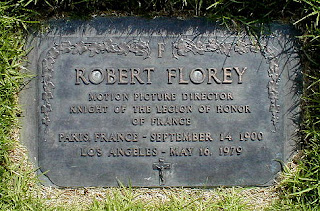 Posted by Semetra Rhodes at 9:23 PM