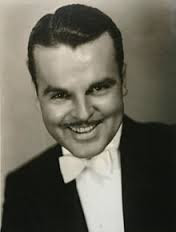 Born James Neil Hamilton on Sept. 9, 1899 in Lynn, Mass., his first film dates from 1918, he is yet another silent actor who got his start in movies in the 1910's that made into television; in his case deep into to television and very early in television history, with his first televised performance coming in 1948 as host of Hollywood Screen Test.  He is most recognizable in his role as Commissioner Gordon in the Adam West Batman series (1966-1968), having first assayed the role in Batman: The Movie earlier in 1966.   He also made multiple appearances on a host of other very well known television series, a short list include (but by no means limited to):  77 Sunset Strip, Perry Mason, Mr. Ed, The Real McCoys and The Outer Limits 1963-1965.  He even made an appearance on one of my all time favorite television programs The Munsters.  Also of note, he was one of the very first actors from the silent era going back into the 1910's to make an appearance on a daytime soap opera, in his case, one appearance in the early days of General Hospital in it's first year of production in 1963 (that show is still going strong). He is also one of the only actors from the silent era that that initially got hired on his looks, and had no acting/theater experience at all, he was a model (not hard to see from his still above), that had a great and long career in talking film and beyond.  That just didn't happen often.  Most stars, no matter how much talent they had in acting in silent style simply could not make the talkie transition.   He retired from acting in 1971, I would guess due to health reason, as he was asthmatic.  And, unfortunately, it was asthma that claimed his life in 1984, but at the ripe old age of 85!  Incidentally, he was a cousin of Margaret Hamiliton, best known for her performance as The Wicked Witch Of The West in The Wizard Of Oz (1939). He was cremated and his ashes were scattered at sea.

America (1924) (another D.W. Griffith directed film "about" the War Of Independence)

Men And Women (1925) (this is a remake,  and was directed was directed by William C. DeMille, older brother of Cecil D. DeMille.)

The Splendid Crime (1925)  (A William C. DeMille remake, of a film he himself first made in 1916 as The Ragamuffin.  Believe his younger brother must have gotten the idea from him...)

The Great Gatsby (1926) (one of the most famous of all lost films!  Only the trailer remains.)

The Joy Girl (1927) (an early film to feature two strip technicolor scenes inter cut with the black and white one.)

The Patriot (1928) (this is perhaps an even more famous lost film, directed by Ernst Lubitsch, because it won an Oscar.  It features some talking scenes. Again, only the trailer survives.)

Why By Good? (1929) (very early talkie, with dialog by Vitaphone, and sound effects and score by Western Electric, however there was a fully silent alternative version in distribution.)

A Dangerous Woman (1929) (an early full talkie, sound by MovieTone)

The Studio Murder Mystery (1929) (possibly talkie/silent hybrid with sound by Western Electric, or possibly there was a talkie version and a separate silent version.)

The Love Trap (1929) (early talkie/silent hybrid, with mono talking sequences by Western Electric, interestingly, there does not appear to have been an internal soundtrack, so either it was shown without music, or a local organist provided the music --that wouldn't have been easily done-- or maybe the chorus girl parts of them film were a feature that just didn't work.  Later copies in circulation have sound effects, not sure when added--or possibly found--I really need to research this one!  Most people complain about the sound effects....makes me wonder!)

The Mysterious Dr. Fu Manchu (1929) (early talkie, with sound from both MovieTone and Western Electric)

Posted by Semetra Rhodes at 4:49 PM