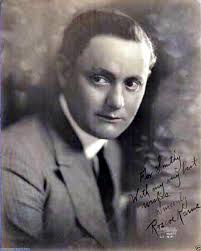 Although he is best known for his rapid fire delivery of lines in comedies and crime films of the 1930's and 1940's, with probably his best known role coming in the Frank Capra directed remarriage comedy The Happened One Night (1934) starring Claudette Colbert and Clark Gable, he was a serious silent era actor with his first film role coming in 1915.  There are a whole host of silent era actors who became serious stars that did not come from the theater that had no chance of making the transition to talkies (Theda Bara comes to mind), Karns was something like the exact opposite!  His first stage appearance came at the age of 15.  As for other notable speaking roles that he very, very entertaining in is in the 1940 produced His Girl Friday, another much more straight forward remarriage comedy, directed by Howard Hawks, starring Cary Grant, Rosalind Russell and Ralph Bellamy.  His rapid fire "reporters banter" as "MuCue" with Hildy (Russell) in the press room of the prison serves as a great balance to the antics of her ex-husband Walter Burns (Grant).  He is also one of the only silent era actors of significant note to make it into the world of television; including one show that he was the star of Rocky King:  Detective 1951-1954.  With his wife Mary, he had two children, one of which, Todd Karns (born 1921) went one to have a serious acting career of his own.  He even appeared with his father in Rocky King.  Roscoe is buried in the Hollywood Forever Cemetery. 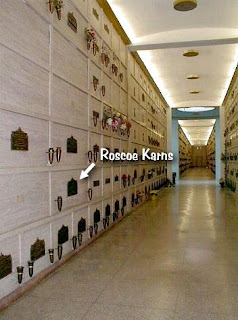 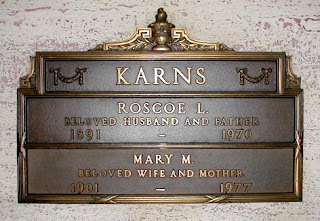 Wings (1927) (silent with original score and sound effects by Western Electric Sound System, this one two of the earliest Oscars.)

Ten Modern Commandments (1927) (directed by Dorothy Arzner, one of the earliest female directors.)

The Trail Of '98 (1928) (early talkie silent hybrid, Mono by MovieTone, soundtrack and sound effects by Western.)

Warming Up! (1928) (another mono/silent hybrid, but unfortunately also a lost film)

This Thing Called Love (1929) (early talkie sound by RCA, hybrid black and white and color film, with color by both Multicolor and Technicolor, but again it is unfortunately a lost film)

Posted by Semetra Rhodes at 3:11 PM