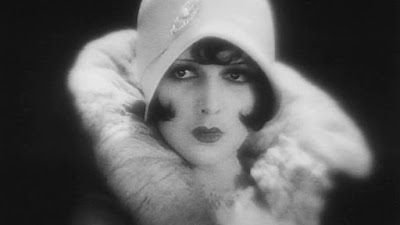 Actress Betty Amann, who was born American by citizenship, has been referred to as German-American actress was born Philippine Amann to American parents in Pirmasens, Germany on this day (some, several actually, sources cite her birth year variously as 1906 or 1907--her grave marker says 07).  She may have been born in Germany, but she was raised in the United States.  She would eventually return to Germany and have a film career there, but she started acting on the stage here in the U.S. in the 1920's using the stage name "Bee Amann;" additionally studying at New York's National Academy of Fine Arts. She made her screen debut in the Wesley Ruggles directed sports melodrama The Kick-Off in 1926 where she was credited as Bee Amann.  She then had tiny uncredited roles in a couple of Mack Sennett productions, before getting the lead in the Larry Semon comedy short A Simple Sap in 1928. She subsequently went back to those bit parts in the Sennett shorts; the most famous of which appears to be The Campus Vamp (1928) directed by Harry Edwards; famous mostly due to presence of a then little known Carole Lombard in the cast.   In 1929, she appeared in the FBO completely silent western Trail of the Horse Thieves, taking the female lead opposite Tom Tyler.  By this time she had decided that she had enough of the American film industry and left to appear in German films. She had two roles in German pictures in 1929, the most well known of which is Asphalt; written (as Fred Majo) and directed by Joe May, a Viennese born director.  Her capturing the female lead in the film was a good indication of what was to come for her on the European continent. Her last film of the decade was Convict of Stamboul; also directed by an Austrian--Gustav Ucicky--she and Heinrich George (of Metropolis fame) took the leads. Her first film with any sort of sound, also her first film of the 1930's, The White Devil was a partial silent (with limited dialogue) featuring a Caucasian/Caucus mountains drama story filmed in France, Switzerland and Russia.  She appears her with Lil Dagover and Russian ex-pat Ivan Mozzhukhin; the film was released at the end of January.  She was finally in a full sound film later in 1930 when she appeared in the comedy Oh Those Glorious Old Students; a film that used her likeness on some of it's promotional materials. She stayed in German cinema through 1933, and all indications are that she would have stayed there if it were not for coming of the National Socialists (Nazis). She left the country for the UK that year. She later returned to the United States and appeared in just three more films. Her first film upon return was a Hopalong Cassidy film In Old Mexico in 1938; the next year she appeared in Nancy Drew...Reporter.  Her last film appearance came in Isle of Forgotten Sins starring John Carradine in 1943. She thereafter retired and apparently lived most of the rest of her life on the east coast. She died, either on the 2nd or 3rd (again marker says 2nd) of August in 1990, from complications from Alzheimer's. She was cremated and her remains were buried at the Willowbrook Cemetery in Westport, Connecticut.