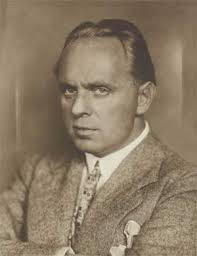 Born Frederich Rudolf Klein-Rogge in Cologne, Germany.  While studying art history at two universities, one in Berlin and one and Bonn, where he began to take acting classes.  He made his acting debut in 1909 in Shakespeare's Julius Caesar one the stage.  His film debut came in 1919 and from then on went on to have huge career in the silent era, playing master criminals and/or mad scientists.  He, in this capacity, he can be seen as an early horror icon.  For example, he played a criminal in The Cabinet Of Dr. Caligari in 1920.  His most important role was C. A. Rotwang--The Inventor, the mad scientist of Fritz Lang's masterpiece Metropolis (1927).  His career continued well into the talking era, with most of his roles (and there were a great many) coming in the 1930's.  He never felt or succumbed to the call of Hollywood.  He remained a German actor, with his last role coming in 1949.  He passed away on the 30th April in the village of Wetzelsdorf in the Styrian region Austria. 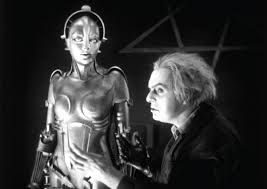 Posted by Semetra Rhodes at 6:59 PM