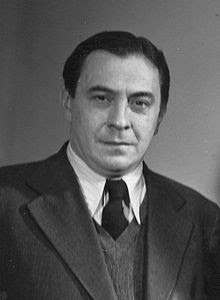 Hungarian born director Géza von Bolváry was born Bolváry-Zahn Géza Gyula Mária on this day in Budapest (his birth name is sometimes given as Gáza Maria von Bolváry-Zahn).  He was educated at a military academy and served in the Hungarian Army in World War I. After the war ended, he entered the Hungarian film industry, already peopled with a number of names that would become world famous.  He started as an actor and first appeared on film in Tilos a csók in 1919.  The only person associated with the film even slightly well known in Hungarian film circles is actress Ila Lóth, who acted prolifically in the Hungarian silents, retired and came back in the late 1940's. His directorial debut came the following year in the Hungarian film A kétarcú asszony, which also garnered him his first screenplay credit, co-writing with professional screenwriter Richárd Falk just before Falk's untimely death (Bolváry had acted in a film that Falk co-wrote with József Pakots--A tizennegyedik--in 1920). And speaking of acting, he never directed himself in a film and gave up acting 1921; his last job in front of the camera was in the film Jön a rozson ät! directed by Béla Balogh--the director who first directed him in 1919. As of 1922, he had began dedicating himself solely to directing.  In late 1922 he was hired under contract by a German film company in Munich, were he moved shortly after. His last Hungarian film was Mesország, released in April of 1922.  His first German film was Mädchen, die man nicht heiratet (1923) starring Ellen Kürti as Das Mädchen.  During the 1920's, actors from other countries often spent time acting in the German film industry, something easily accomplished with silent cinema--you did not need to know the language to work. Several of these foreigners made it into his film in in the later part of the decade.  They included: Guy Newall (British), Carmen Boni (Italian), Jack Trevor (British), Agnes Petersen (Danish), Betty Balfour (British), Glen Byam Shaw (British), Carlyle Blackwell (American), Benita Hume (British), Joseph Striker (American) and Welsh actor Ivor Novello famous for appearing in a couple of Alfred Hitchcock's silents. And speaking of Hitchcock, Bolváry made his own version of Joseph Jefferson Farjeon's play Number 17 in 1928, four years before Hitchcock made his talkie version in 1932.  In addition to the international list of actors, very many of his late 1920's productions were multi-national as well. For example: his Number 17 was a German/UK production and The Bold Dragoon (1928), which stars Novello, was a joint production of Germany, Hungary and the UK.  His last film of the decade, though, was a completely German affair: Vater und Sohn, was a fully silent film starring German actor Harry Liedtke and was premiered in Berlin in October of 1929.  It's not clear that his first film of the new decade was a talking picture either. Liedtke appeared along side French actress Dolly Davis and Hungarian actor Károly Huszár in Der Erzieher meiner Tochter, which came out in January of 1930. His next film, Delikatessen, most certainly was an all sound film; released domestically in March of 1930, it also starred Liedtke.  von Bolváry stayed in either Germany or Austria through World War II, working at various production companies in Berlin and Vienna, but after the war was over, he left for Italy.  While there, he became a go to director for operas.  In the 1950's he settled in Munich, where he finished his film career in 1958 directing the West German production Ein Lied geht um die Welt. He then retired to Bavaria, where he passed away from heart disease on the 10th of August just three years later. He was 63 years old.  I can find no information on his burial site at this time. He was married to actress Helene von Bolvary (birth name: Ilona Mattyasovszky) until her death in 1943, he never remarried. 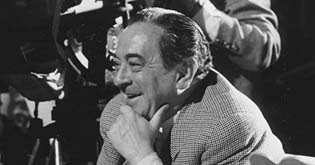 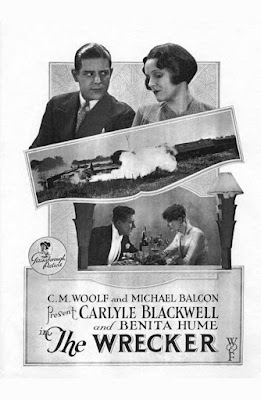 Posted by Semetra Rhodes at 6:40 PM